Services You Can Count On

* Wings broken off near window

While not the most common species in Arkansas and Oklahoma, the subterranean termite (Reticulitermes hesperus) destroys homes at a rate almost eighty times that of the drywood termite. As the name implies, they generally enter homes from beneath. Subterranean termite colonies are much larger and better organized, allowing them to effect much greater damage in less time. Part of their advantage can be attributed to a more stratified caste system. The majority of subterranean termites are actually members of a "worker" caste - and their sole job is to eat away at your home, 24 hours a day.

The subterranean termites will generally swarm in early spring - between February and May. And contrary to some popularly purported myths, they're impartial to construction methods. While evidence of subterranean termites is most easily visible in the crawl spaces of more traditional homes, they can still easily enter through small fissures and joints in modern slab and plenum-type foundations. A Terminator Termite & Pest Control inspector can identify your home's construction and make custom treatment recommendations that will most effectively control a subterranean termite population.

Subterranean termites are most likely to access a home that offers earth to wood contact. A prime example of this would be a wood piling or pier beneath the home that extends all the way down into the dirt. Or, if the yard's grade, or dirt level, rises above the base of the foundation, subterranean termites can quickly and easily enter and attack the lower wooden beams of the house's frame. In homes that offer a crawl space, subterranean termites will often build tubes of mud through which they will travel to consume wood to carry back to the colony below. 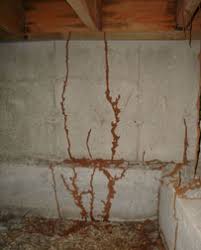 Yes, bed bugs are here!!!!  We are experienced and have the equipment to rid your home. 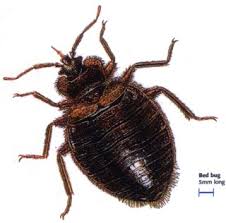